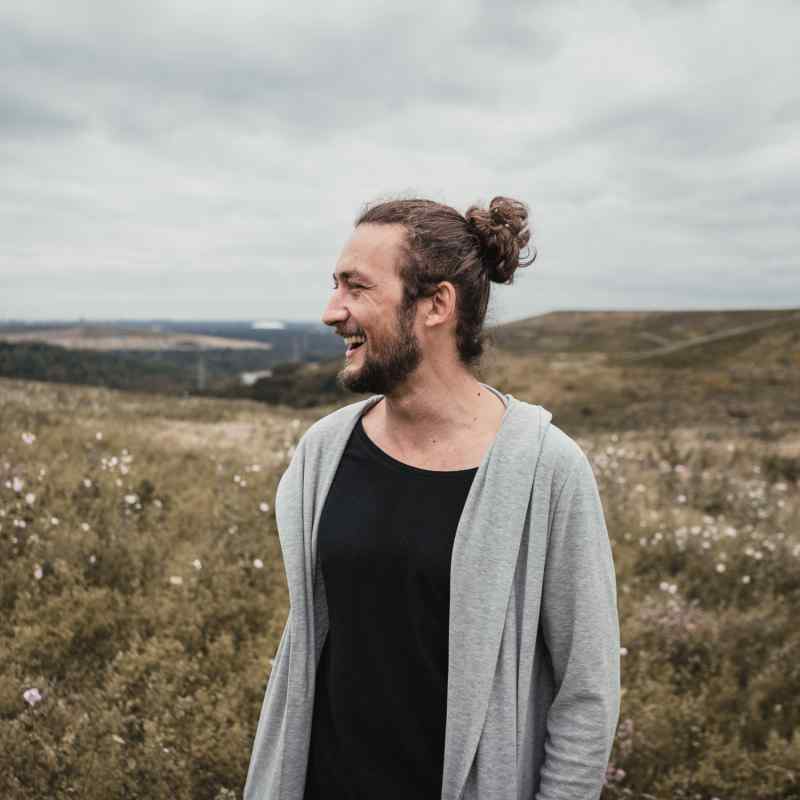 Flo MRZDK loves extremes. Be it the passionately stirring performances behind the DJ desk, the excellence and meticulousness behind his technical skills as a producer, the curls, the loud laughter or the tongue-twisting name: the 35-year-old from Dortmund is anything but ordinary.

Flo developed his passion for music and its different styles early on. First by learning various instruments, later by the knowledge and the record collection of his father, who also played successfully as a DJ through clubs in Frankfurt and Dortmund. The two of them specialized in the 60s and 70s: (psychedelic) rock, dark metal and, of course, the beginnings of electronic music.

In the mid-nineties, Flo’s enthusiasm for events such as Loveparade and Mayday developed – for the artists, the rave atmosphere and above all for the type of music. Autodidact Flo not only wants to hear it, but also wants to know how it is made. So he works his way into programs like Reason I and Q Base 4, quickly tweaks the first beats and a short time later whole tracks.

In his early 20s he starts his career with live performances – first solo, then as a mono negro together with mentor Ante Perry. To this day, his shows are legendary.

“I’m someone whose creativity comes from being emotional. If I don’t feel anything, I am, my set is, only half as good.”

And that spills over in front of the desk. If Flo is one with the mood, with the audience – then he always goes one better. Sweats, surprises, pulls away! This is not only appreciated by the fans, but also by the pros. Juliet Sikora discovered the talent early on – the first joint single was released in 2011. This was followed by releases on well-known labels such as Kittball, Spacedisco Records, Katermukke or beanape, chart positions, countless gigs at festivals and in clubs throughout Europe, remixes, radio performances, streams and residencies at the Dortmund Junkyard and Essen Studio.